RT @2020Letouquet: Students will be leaving the coach with t...

RT @letstalkcentral: We are looking for Level 1 and 2 Social...

The coach has arrived i...

Lacey, our school dog, has been doing very well in her train...

A huge thank you to our amazi...

RT @RNJobsUK: Ready to be part of something special? As a Su...

Many groups also came together to send Mr Reavell and Mr Ken...

You are here: Parents / News Update

On Wednesday 6ith November, the University of Hertfordshire Media Group in the School of Humanities invited students with an interest in Journalism, Media, Film, Linguistics or Creative Writing to visit the de Havilland campus, Hatfield. Post-16 Media students from Barnwell joined undergraduates for a lecture and Q&A with a high profile speaker from the media industry; we were also given a brief campus tour.

The session’s speaker was Theresa Malone, Visuals Editor on The Guardian, one of Britain's leading new sites and newspapers, whose journalists have broken stories ranging from the Windrush scandal to climate emergency.  She joined as a sub-editor on the Comment is Free section in 2006 and has twelve years of experience at the cutting edge of digital journalism.  She was at the forefront of such innovations as Blogging the Qu'ran and edited the US opinion site during Obama's election campaign and initial months in office. She has also worked on coverage of major cultural events such as Glastonbury. Since 2014, Theresa has been a key member of a team that includes developers and designers all working to improve the Guardian's already innovative site and to ensure it remains at the forefront of digital journalism.

There is no doubt that this event not only opened our eyes to the changing face of journalism in 2019, but also to many different aspects of University marketing in the twenty-first century.   Firstly, we were transported by minibus to and from the event. Secondly, we were met by our personal University Tour Representative.  Thirdly and finally, we were presented with goodie bags bursting with branded stationery.  There was even a free mug for Ms Pellen, although this was on condition that she posed with the University Mascot (a cuddly Hertfordshire stag).  Certainly, the facilities at the University were impressive; we were told that millions had been spent on the latest accommodation.

During the lecture, we sat with undergraduate students and media technicians, noting that the presentation sustained The Guardian’s familiar house style throughout.   Specific digital developments in the face of the decline of the traditional newsroom were explained in considerable detail, which was extremely thought-provoking on many levels.  Despite some technical issues with sound, the Fake or For Real? innovation looked extremely entertaining and we will definitely be looking into that in our next lesson, if not before!

Ms Pellen was particularly interested and pleased to hear a practising professional journalist recommending “a killer cover letter” when applying for jobs in this industry.  We have asked if we could see some more specific examples of this for future reference.  Watch this space! 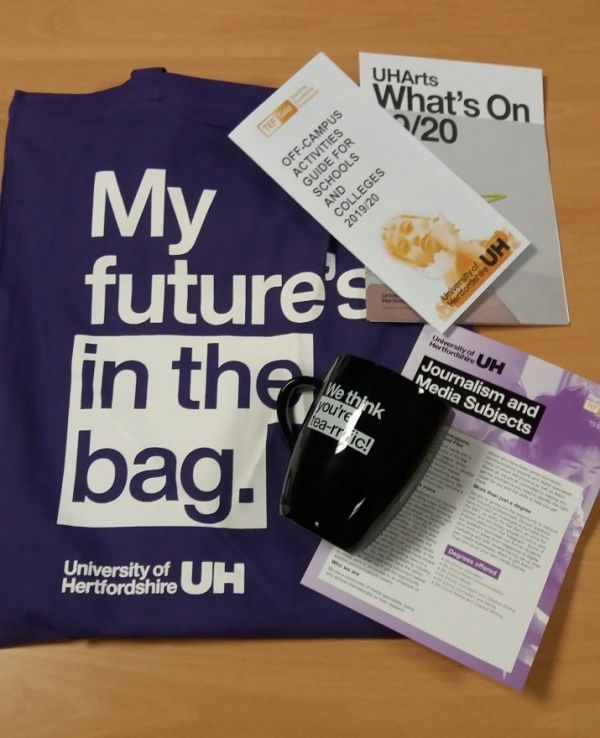 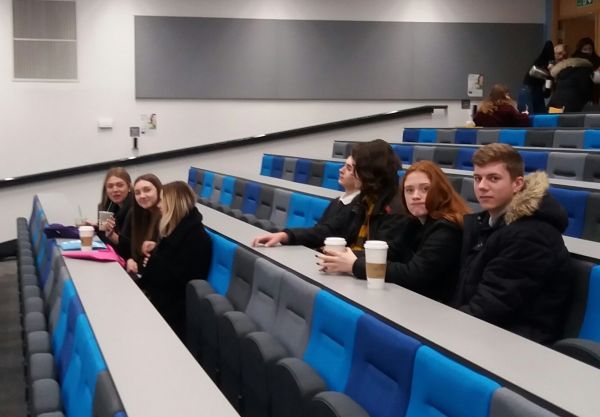 There are currently no articles. Check back soon!